The most heartening part of the Queer Liberation movement is the immense support and respect we have for each other, regardless of whether we are closeted and troubled or out and proud. Therefore when Matty Healy, frontman of The 1975 — a band I’m thoroughly obsessed with, posted about two Turkish students, Melike and Özgür being forcefully detained for organizing a peaceful sit-in protest in response to their university’s cancellation of a Pride parade, I didn’t hesitate for a second before signing Amnesty UK’s petition for their immediate release.

January 4th, 2021: The series of still ongoing demonstrations that have seen the detainment of more than 560 scholars, academics and activists (one Boğaziçi university student said that police grabbed and dragged her, injuring her wrists, arms, and back while another who gave his first name as Muhammed, said that he saw police officers dragging a protester to a bus parked inside the premises) was sparked by the appointment of Melih Bulu, a political ally of President Tayyip Erdoğan’s Justice and Development Party (AKP), as rector of Boğaziçi University, one of the country’s top academic institutions. Bulu’s appointment, which stood in contrast to a tradition of internal elections, raised fears that the government was seeking to expand its influence over a staunchly independent institution. The protesters regarded this move as a violation of “academic freedom and scientific autonomy, as well as the democratic values,” mirroring similar moves to centralise power in other aspects of Turkish society.

January 5th, 2021: Police raided a house where Yıldız Idil Şen and Havin Özcan, two trans women who had joined the protests, were staying. Şen said that police officers held guns to their heads and slapped them, besides remaining in the hospital room during a mandatory medical examination and using transphobic slurs throughout the detention. Şen said police officers threatened to rape her with a baton and told her, “You probably would enjoy this.”

So when did Queer Liberation come into the picture?

January 29th, 2021: The authorities initiated a targeted crackdown on LGBTQ+ students and protesters as a result of them mounting an exhibition on the Boğaziçi campus to express solidarity with the ongoing protests. They included, among many other pieces artwork, a piece depicting the Kaaba, the most important holy site for Muslims, combined with LGBT+ flags and ‘Shahmaran’ a mythological creature that is half-snake half-woman. “As a Muslim student, my initial reaction was that I didn’t want to see that as part of an exhibition, not because I want to limit freedom of expression but because all students are part of the protests and the solidarity among us is too important to sacrifice for any expression,” said Enes Sayin, a second-year history student at Boğaziçi, “but it’s been framed as an attack on Muslims when there wasn’t any such intention.” Not only did the police arrest two students who appear in a video of the exhibition that was streamed to the internet, and two others who were presumed to be among LGBT+ organizers on campus, but also raided a room used by a student pride club and confiscated flags and books, before ultimately shutting it down two days later.

At least 12 students spent periods in pretrial detention and dozens currently face prosecution on charges such as “resisting police orders, violating the law on demonstrations, and inciting public hatred” for merely exercising their right to peaceful assembly.

When Turkey’s Interior Minister, Süleyman Soylu, branded demonstrators “LGBT perverts” in a tweet, the US State Department, the EU as well as the United Nations condemned homophobic rhetoric and voiced concern at the detention of protesters, causing the foreign ministry to again respond by warning “certain circles abroad” not to intervene in a way that could provoke “groups that resort to using illegal means and encourages illegal acts.”

June 3rd, 2021: “Our existence can’t be banned, the rainbow can’t be put on trial,” students chanted outside of the courthouse as their friends, all students of Boğaziçi University faced the courts for displaying the rainbow flag at protest marches. The court has postponed their trial to June 28, lifted their probation but left in place an international travel ban against these students.

Police detaining, tear gassing and harassing students, the stunned public’s response and the intransigence of Erdogan’s government evoke the 2013 Gezi Park protests, when a small group of environmentalists organized a sit-in against the destruction of a park that was supposed to make way for a new shopping mall in a central district of Istanbul. The demonstration snowballed into countrywide protests against the government. Ultimately, the protests forced the usually unrelenting Erdogan to pull the redevelopment plan. The trigger for grabbing nationwide attention then, as it is now, was police brutality.

Turkish authorities should drop their policy of crushing peaceful student protests, respect the rights of assembly and expression, and drop all arbitrary charges and sanctions against students for their involvement in them. Boğaziçi University, along with acclaimed educational institutions like METU and Istanbul University, should also drop the ongoing disciplinary investigations against students and not misuse their authority to silence dissent on campus.

How can we as mere spectators scattered in different corners of the planet help? Raise awareness; both international and Turkish media’s reluctance to provide proper coverage is the primary cause of the lack of attention. Love is on trial. Sign petitions whenever necessary, and for more updates follow Boğaziçi Resistance’s official accounts @bogazicidirenisi (on Instagram) or @resistBU (on Twitter).

Ending a note of optimism, here’s a quote by a student and protestor Gokce Babayigit: “I know that we are right. Our protest is peaceful and it will continue.” 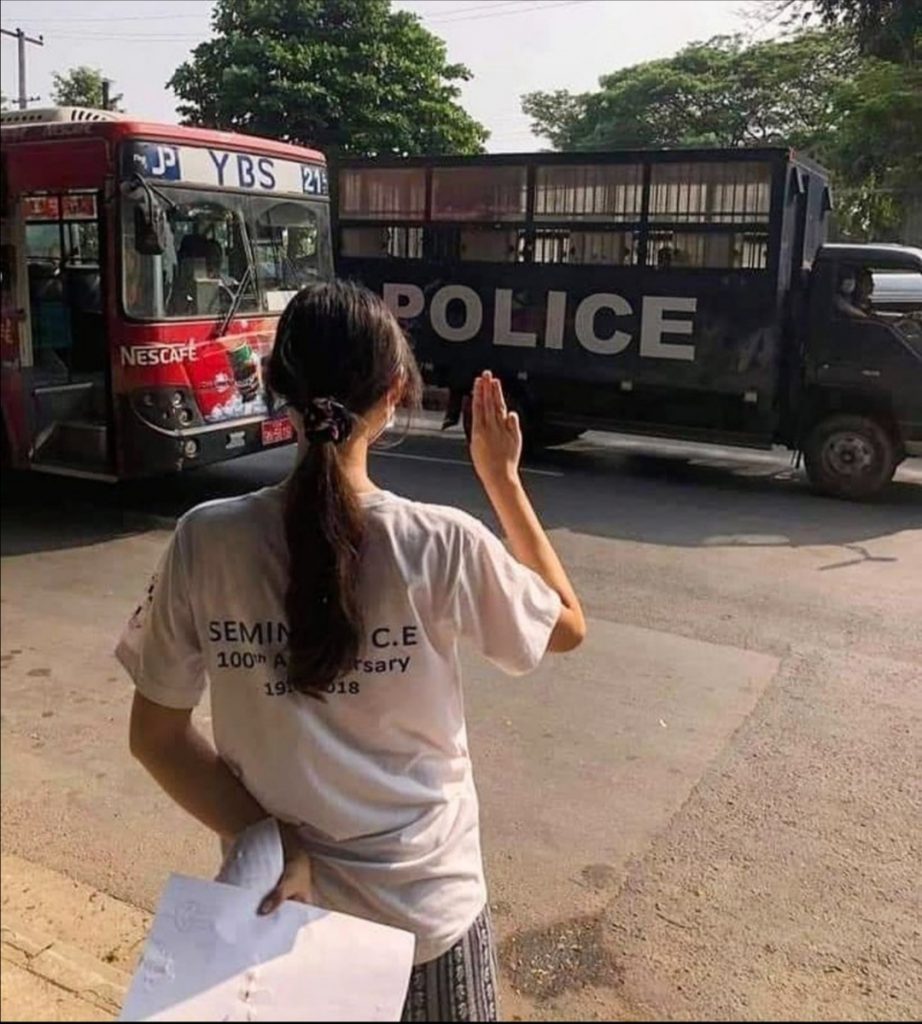