I was born in the French countryside of Alsace and raised with Japanese parents. They both worked in a school for Japanese children in the region. Unfortunately, the school closed in 2005 because the number of pupils attending, kept decreasing. My mother quickly found a job as a Japanese teacher for French high schoolers, but my father did not speak a single word of French and decided to return to Tokyo. They didn’t think they would see my two brothers and I grow up like this but here I am, a soon-to-be 20-year-old woman who still doesn’t know much about her father.

During the summer, we would fly to Tokyo to meet up with our dad and the rest of our family. My mom would make us go to school for a month to have the Japanese education system’s experience. As you can guess, it did not take long for me to be bullied – fortunately, I was never physically attacked but that does not account for the mental and emotional scars that I had to go through. Between my siblings and the native Japanese students, there was a vivid language and cultural barrier. I understand how it could have been very disturbing and annoying to my classmates, welcoming a girl in their class for a month every year, who looks just like them but acts so foreign and doesn’t fully understand their language. I realized that I wasn’t ever going to be good enough to them. I simply wasn’t Japanese to them. I was the other, the stranger.

And so I had this phase where I hated Japan. I felt so much hatred towards my parents and I blamed them for my pain, for my inability to understand my identity and find a place to call home. I thought, “it’s so easy for them, they’re just Japanese no matter where they go”. But deep down, I knew I was just envious. And they must’ve had their own identity crisis too.

I thought France was where I felt the safest. I had friends and I could speak the language perfectly; I understood the news and could even write you some poetry. But this, too, wasn’t good enough. I didn’t look French, and here too, I acted differently. I simply wasn’t French to them. I was the other, the stranger.

So I understood that I had to become something else to fit in, to be valued the way I am in this country. The country I chose over my blood’s origins, because somehow I felt like I had to choose. And so without realizing it, I had become the clever, hard-working and kind girl, quite innocent and always smiling, who would play the piano on weekends, do art on Wednesdays and had swimming club on Thursdays, and badminton youth group on Tuesdays. The child-looking girl who never knew how to say no, that would accept everything and everyone no matter how toxic they were to her. The girl that would never complain and always have some positive energy for others. The one with a life that seemed so satisfying, so pleasant and so easy, and that finally found a place to be.

In fact, I had just understood what to do to fit in everywhere.

But deep down, I knew I didn’t belong anywhere.

And it took me some courage to sit down with my emotions, to listen to them finally. It cost me some heartache to accept that I have always left pieces of my identity behind and replaced them with others’ expectations. I wasn’t Asian enough to be Japanese, or White enough to be French. I failed to figure out where I stood, so I put on a mask to act the way people around me expected me to be, just so I could be validated. And today, I regret how I abandoned my inner child.

There is this one picture that was a big turning point on my journey to find my identity. I love photography and am used to taking photographs of my friends when we go out. So, I am usually the one behind the camera. But for once, a friend of mine asked me to be in the picture and took a group photo of me amongst my friends. When I came back home and looked through the pictures, I had a genuine shock. And I didn’t quite understand.

It had been a very long time since I last saw myself in a picture around my friends, and that one shot made me realize how “different” I look. I had totally forgotten about my appearance because I essentially portrayed myself as just another one of them: a White middle-class girl. And that’s how it had been until now. Even if it obviously did not show on the outside, in my head, I had decided to abandon my natural Japanese physical traits in favor of a “white” look just to feel like I belonged. I had become a product of my own internalized racism.

Now I understand that none of these identities could ever complete me without the other; I need both the origin of my blood and the one of my body. But their union is always going to feel impossible because it simply is imperceptible. There is not a label that I can put on my forehead saying “I am Franco-Japanese” and in fact, there is no need for me to do that anymore. I no longer need to cry out my desire to be welcomed for the chaotic yet wholesome mishmash of cultures that make up my story, as I am. I no longer need others’ validation. Because this desire to belong was the actual root of my identity crisis, this need to be accepted by others was refraining me from becoming who I long to be. I looked for the right energy outside when everything was already here, inside! I just had to trust myself. And I am starting over in this safe place where I can see both my French side and my Japanese side, but where I no longer need to take sides.

Still, I have a lot of work to do in order to deconstruct this internalized racism that has followed me for almost 20 years – and I am quite lucky to have noticed these patterns so early in my life. I want to reach my full potential by giving myself permission to say, do and be the things I was scared of because I didn’t want to be different, because I didn’t want to break the expectations of how an Asian girl in a White environment should be. I was afraid to disappoint. But as I see more and more light coming in every day, I know that I will eventually disappoint some people – because yes, I will inevitably fail to match the idea they wanted me to be. But this is part of the healing process; letting go of things and beings that can no longer support your growth and wishing them peace.

With communities on social media such as Next GenerAsian, Zenerations, Dear Asian Youth, The Peahce Project or Blossom, I have been incredibly inspired and reassured. I am not alone in this, and neither are you. 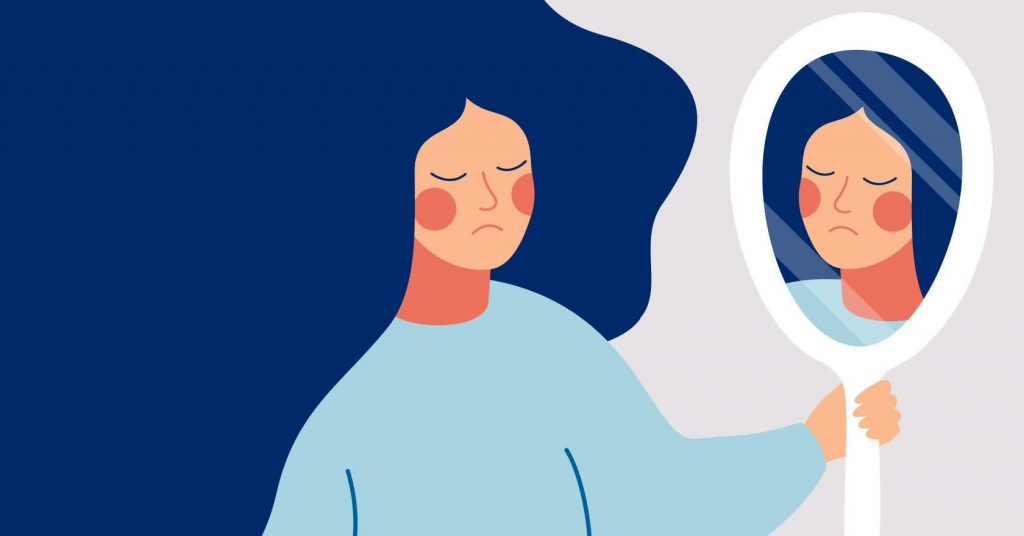